In the days of the New World, when blank pages of the map were being filled, the French-founded city of Orléans was built on a bed of oyster shells. It is here at the Bourbon Orleans where America’s grandest ballroom opened in 1817 to host exquisite masquerades and elaborate celebrations for society’s elite. In 1881, the Orleans Ballroom was converted into a convent for the Sisters of the Holy Family who opened an orphanage and tended the sick during wars and epidemics. By the 1960’s, the order of nuns relocated, and the structure was expanded into a luxurious hotel now known as the Bourbon Orleans.

Through each century, time does not always sweep away the ashes like dust into the wind. Some memories linger in the nooks and crannies of this historic building, casting a provocative spell upon the pervasive corridors of the Bourbon Orleans where spirits haunt. The haunted history of the Orleans Ballroom, the convent, and the hotel stirs unsoundly with energy and emotion of souls wandering between life and death.​

Hauntings of the Bourbon Orleans Hotel 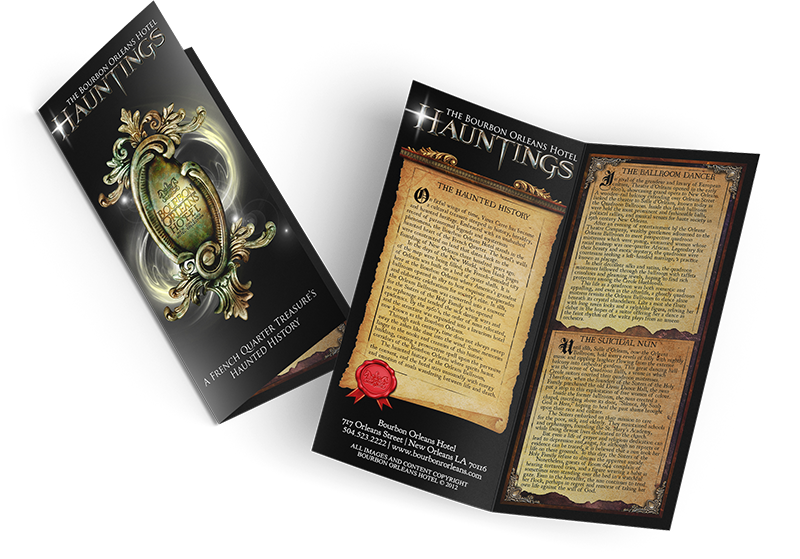 In rival of the grandeur and luxury of European culture, Theatre d’Orléans opened in the early 1800’s, showcasing grand opera to New Orleans. A wooden-rail balcony extending over Orleans Street linked the theatre to Salle d’Orléans, known today as the Quadroon Ballroom. Inside this lavish ballroom were held the most prominent and fashionable balls, political rallies, and musical venues for haute society in 19th century New Orleans.

After an evening of entertainment by the Orleans Theatre Company, wealthy gentlemen adjourned to the Orleans Ballroom to meet perspective quadroon mistresses which were young, unmarried women whose racial makeup was one-quarter African. Legendary for their beauty and exotic mystery, the quadroons were courtesans seeking a left-handed marriage, a practice known as plaçage.

In their décolleté silks and satins, the quadroon mistresses billowed through the ballroom with taffeta crinolines and gleaming jewels, hoping to find rich protectors among the Creole bluebloods.

This life as a quadroon was both romantic and appalling, and even in the afterlife, a ghostly quadroon mistress revisits the Orleans Ballroom to dance alone beneath its crystal chandeliers. Like a mist she floats with long raven locks and a sylphlike figure, reliving her debut in the hopes of a suitor offering her a dance as the faint rhythm of the waltz plays from an unseen orchestra.​ 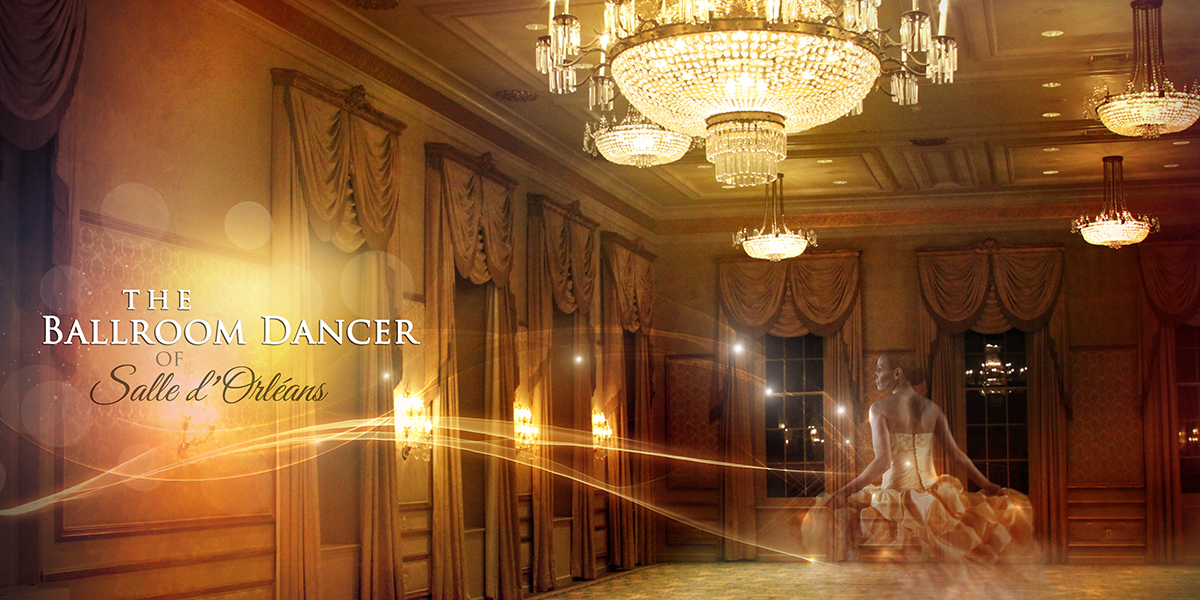 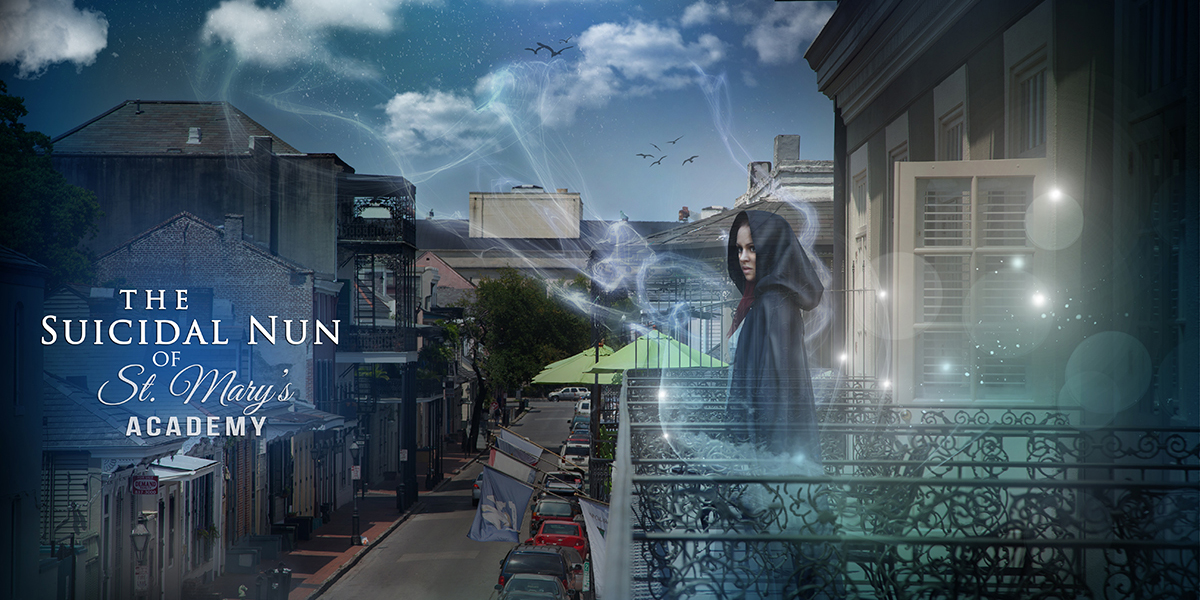 Until 1881, Salle d’Orléans, now the Orleans Ballroom, held merry revels of folly with nightly music and rippling laughter flowing from the exterior balcony into cathedral gardens. This great dancing hall was the scene of Quadroon Balls, a venue in which Creole suitors courted their quadroon mistresses. Therefore, when the founders of the Sisters of the Holy Family purchased the old Davis Dance Hall, the nuns put a stop to this exploitation of free women of colour.

Inside the former ballroom, the nuns erected a chapel, inscribing above its door, “Silence, My Soul; God is Here,” hoping to heal the past shame brought upon their race and culture.

The Sisters embarked on their mission to care for the poor, sick, and elderly. They maintained schools and orphanages, founding the St. Mary’s Academy, while living devout lives dedicated to the church and community.

But even a life of prayer and religious dedication can lead to depression and angst, for although no reports or evidence can be traced, it is believed that a nun took her life on these grounds. To this day, the Sisters of the Holy Family refuse to discuss the apparent suicide.

Nonetheless, guests of Room 644 complain of hearing tortured cries, and a figure wearing a habit is sometimes seen standing over the bed in a watchful gaze. Even in the hereafter, the nun continues to tend her flock, perhaps in regret and remorse of taking her own life against the will of God. 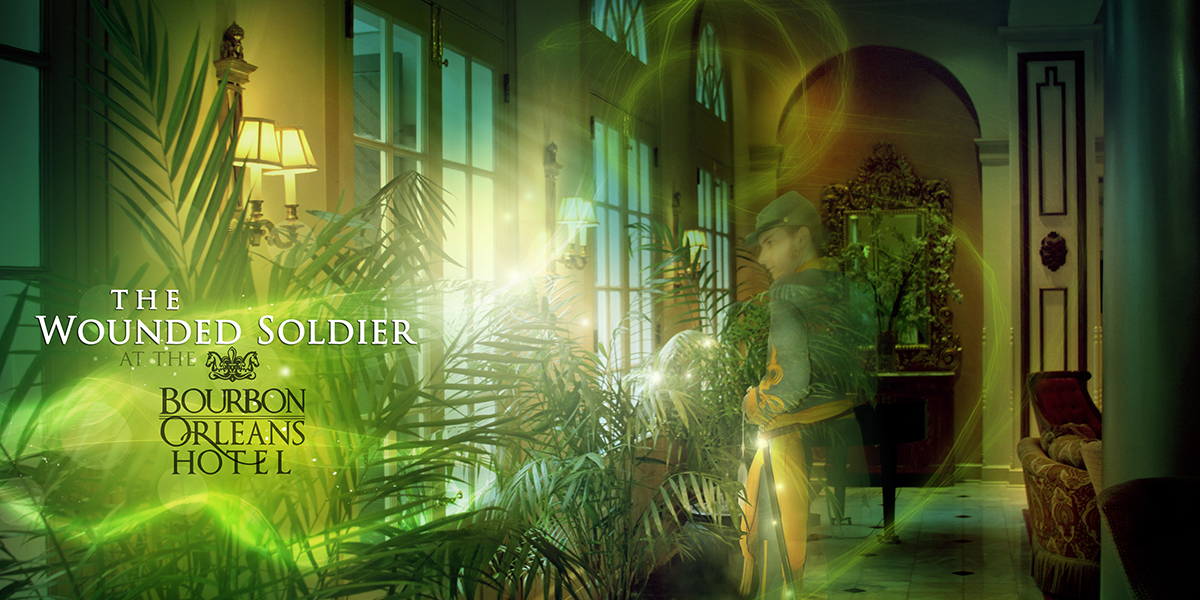 Before bugles and drums filled the ears of eager Confederates who left their plantations and farms to fight the Civil War, an antebellum age of chivalry and neoclassicism prospered in New Orleans. At the commercial heart of the Deep South, with its trade of cotton, tobacco and sugar, the port of New Orleans bustled with cargo until its capture by the Union in 1862.

Fortifications against Union troops broke in the lower Mississippi River Valley, the artillery and militia armed with shotguns and aimed at the city’s vulnerability. The clash of blue and gray coats were bloodied in battle, and the wounded were transported to hospitals and convents in New Orleans for treatment. Yet the medicines and medical practices used during the war were heinously provincial, and after the death of many brave souls, some continue to stagger in the spirit world like a wandering soldier trudging across the countryside in search of battlegrounds.

Wearing a rough, homespun uniform, a Confederate soldier still roams the hallways of the Bourbon Orleans, hoping to find the frontlines of war. He stands at attention, a pale look on his face before reaching out for help, his wounds continuing to bleed.

Mysterious footsteps are heard down the corridors where no one can be found, and the dragging sound of a sword echoes on the marble floors. While the unknown soldier yearns to rejoin his troops in battle, his soul searches for a proper burial ground for eternal rest. 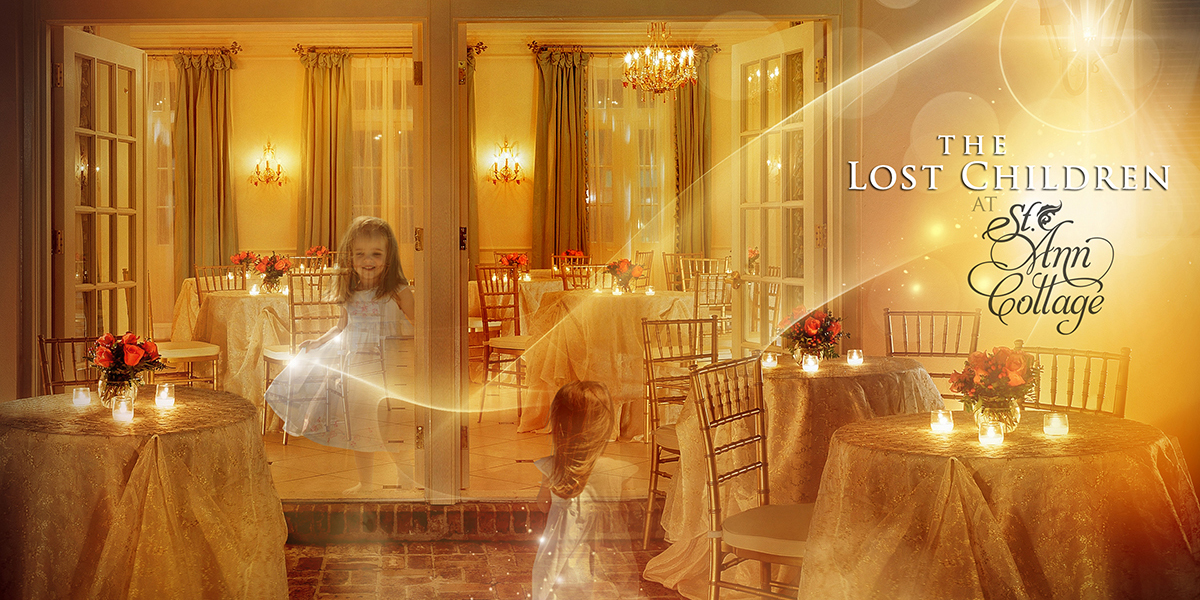 During the years of the St. Mary’s Academy and the orphanage founded by the Sisters of the Holy Family, many homeless children lived in the quaint rooms of the convent. After being orphaned by the pestilence in 1853, the children were schooled and ministered by the nuns, developing a civilized and spiritual society yet allowed to skirmish and play in the long hallways.

When the threat of Yellow Fever swept through New Orleans yet again, the disease was contracted by many citizens, including several orphans who fell ill from the scourge carried by mosquitoes. In the tropical climate of the Crescent City, no one was immune to the plague, its deadly breach claiming the life of thousands.

Dying in their little beds, the children’s souls refused to leave the building. Instead they continue to haunt the lobby and kitchens, playfully pulling on shirt tails of caterers and busmen.

Banquet servers have witnessed the motion of tables skirted and glasses clinking together as the ghost children bump alongside at play. Cold spots can be felt in various areas where a sudden accompaniment of child’s laughter echoes in the distance. The phantom image of a little girl chasing a ball down the corridor is repeatedly told.

The children, although suffering a timeless death, appear to enjoy their supernatural youth in the otherworld.​