Beneath New Orleans’ genteel façade of New Orleans lie the hidden spirits of her haunted past. The dark journey through the city’s history is marked by gravestones and ghost-sightings, for in this spirit-laden swampland, many souls still linger in the afterlife. 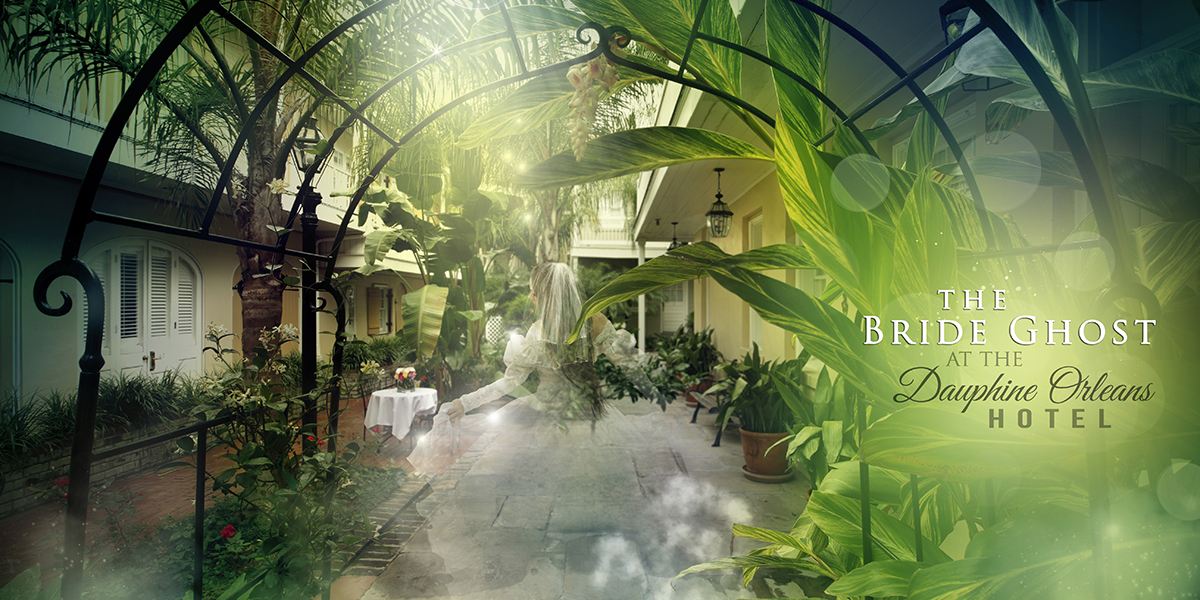 Long before the scarlet stain of Storyville spread across New Orleans, a great yellow fever epidemic victimized the city in 1847, taking the lives of thousands of her citizens, including one Irish immigrant who left two young girls orphaned. In order to survive, the eldest, May, secured a position with the help of her departed father’s wealthy friend, opening a “sporting house” on Dauphine Street in 1857. Catering to the voracious sexual appetites of soldiers, merchants, dignitaries, and eventually sailors, May Baily’s Place was a modest affair, well-run and long lasting. After being granted a city license under the auspices of the “Ordinance Concerning Lewd and Abandoned Women,” May employed her younger sister, Millie, in the family’s Red-Light District business.

Millie never wanted this life and aspired to something better. In 1861, she met a dashing young Confederate soldier serving his country in the War of Northern Aggression. While visiting cousins in a grand home on nearby Burgundy Street, the soldier frequented May’s Place and visited with Millie, often playing his fiddle for her in the front parlor. Despite her background, the young soldier proposed, and a wedding date was set.

Millie spent hours perfecting her wedding gown, sewing its lace the way her Irish mother had taught her. But the wedding was not to be. On the morning of the ceremony, her soldier was shot in a gambling dispute. Millie learned of his death on her way to the altar, and people say she never recovered from her grief.

According to accounts, Millie took to wearing her handmade wedding dress around May’s Place, and even after her death many years later, the figure of a grieving bride is sometimes seen on the rear gallery, hopelessly awaiting her betrothed. In a city full of dangerous dreams and dirty money, washing away sins became a business. Below the bloomers, past the pantalets, and around the clasp of a garter belt, the city flaunts a naughty history of a Red-Light District named after the hapless alderman who proposed legalizing the district in 1897. Storyville became a mecca for legal prostitution where brothels and houses of ill-repute reigned supreme.

Scarlet-draped lanterns hung over doorways, signaling patrons inside for a variety of entertainment, narcotics, and ladies of pleasure. May Baily’s Place had carved out a reputation in the District long before prostitution was legalized, and May was known for offering fine wines, fine foods, fine music, and fine girls in a gilded-mirror, velvet-curtained environment.

Ghost hunters who visit New Orleans have surmised that one of the working girls of May’s brothel still haunts to this day. Identified from old letters, she is a courtesan specializing in mixing cocktails for her gentleman callers. Her presence is often felt as liquor bottles along the back bar are found inexplicably rearranged or when a faint shadow is seen in the mirror behind the picture of May Baily.

The courtesan’s spirit has been detected on the Electromagnetic Field equipment of ghosthunters who noticed the EMF spikes rising when a male bartender entered the old brothel, suggesting that the female spirit prefers the company of men. To this day, it is said that drinks poured for men at May’s Place are somehow stronger and tastier than others.​ 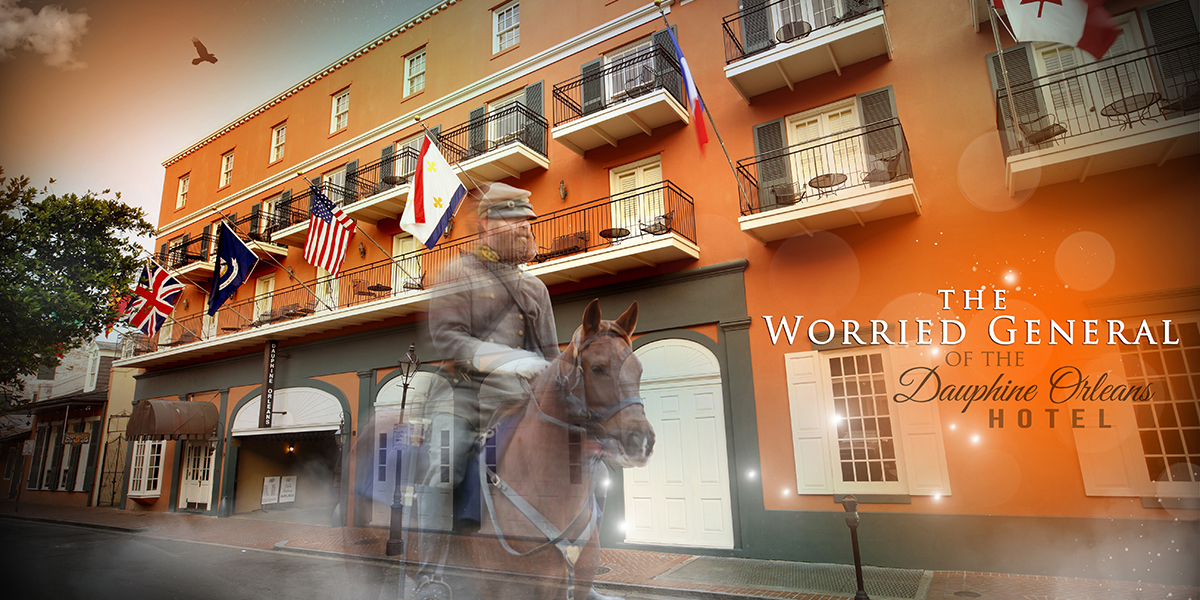 When Civil War descended on the nation, following the succession of the Confederate States in their battle for States’ Rights, the importance of New Orleans grew tremendously. As the largest Confederate city and its principle port, the city was desperately needed by both sides.

The clash of Blue and Grey took place on distant battlefields. For many years, only young soldiers on their way to war and the mortally wounded on their way to the grave found themselves in the city. Thus hauntings by soldiers, mostly Confederate, are frequent. Phantoms of men in uniform wander like ghost riders galloping towards an unseen enemy, wielding sabers and screaming the rebel battle cry.

At the Dauphine Orleans Hotel, ghosthunters have documented a high-ranking General who paces the courtyard worriedly. He may be concerned about the loss of his soldiers to May’s girls, or perhaps he’s anxious about his wife finding him at May’s Place! Not all stories of hauntings at the Dauphine Orleans Hotel revolve around the tears of heartbroken lovers and the blood of poets. One of the more frequently seen apparitions is known as Jewel, the “Dancing Girl” who brings a smile to the face of those who have seen her.

Described as being between twelve to fifteen years of age with a “happy” and even “nutty” presence, this ghost is a traveler, having been seen at several other French Quarter locations. In rare circumstances, paranormalists have spotted this sweet ghost moving through the courtyard of the hotel followed by a glowing orb close to the ground. This, they speculate, may be the very unusual ghost of an animal, perhaps Jewel’s cat.

Occasionally, guests who arrive late at the hotel after a night of revelry are sometimes in a befuddled state of mind, confused about their surroundings. They have described being helped to their guestroom by a young girl dancing along without touching the ground. As a resident spirit, the paranormalists assume this must be Jewel.​