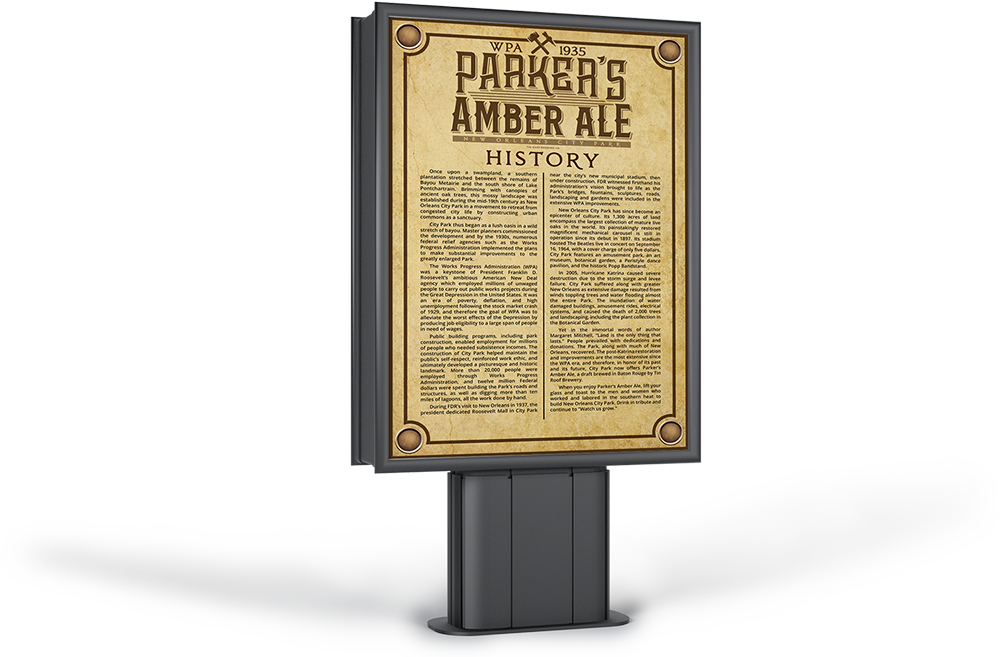 During FDR’s visit to New Orleans in 1937, the president dedicated Roosevelt Mall in City Park near the city’s new municipal stadium, then under construction. FDR witnessed firsthand his administration’s vision brought to life as the Park’s bridges, fountains, sculptures, roads, landscaping and gardens were included in the extensive WPA improvements.

New Orleans City Park has since become an epicenter of culture. Its 1,300 acres of land encompass the largest collection of mature live oaks in the world. Its painstakingly restored magnificent mechanical carousel is still in operation since its debut in 1897. Its stadium hosted The Beatles live in concert on September 16, 1964, with a cover charge of only five dollars. City Park features an amusement park, an art museum, botanical garden, a Peristyle dance pavilion, and the historic Popp Bandstand.

In 2005, Hurricane Katrina caused severe destruction due to the storm surge and levee failure. City Park suffered along with greater New Orleans as extensive damage resulted from winds toppling trees and water flooding almost the entire Park. The inundation of water damaged buildings, amusement rides, electrical systems, and caused the death of 2,000 trees and landscaping, including the plant collection in the Botanical Garden.

Yet in the immortal words of author Margaret Mitchell, “Land is the only thing that lasts.” People prevailed with dedications and donations. The Park, along with much of New Orleans, recovered. The post-Katrina restoration and improvements are the most extensive since the WPA era, and therefore, in honor of its past and its future, City Park now offers Parker’s Amber Ale, a draft brewed in Baton Rouge by Tin Roof Brewery. When you enjoy Parker’s Amber Ale, lift your glass and toast to the men and women who worked and labored in the southern heat to build New Orleans City Park. Drink in tribute and continue to “Watch us grow.”