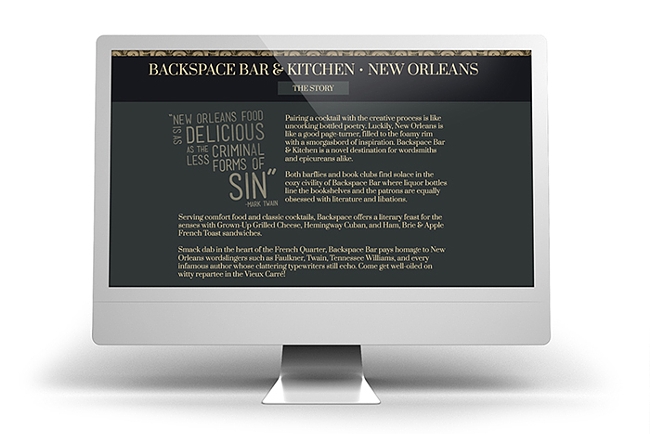 Pairing a cocktail with the creative process is like uncorking bottled poetry. Luckily, New Orleans is like a good page-turner, filled to the foamy rim with a smorgasbord of inspiration. Backspace Bar & Kitchen is a novel destination for wordsmiths and epicureans alike.

Both barflies and book clubs find solace in the cozy civility of Backspace Bar where liquor bottles line the bookshelves and the patrons are equally obsessed with literature and libations. Serving comfort food and classic cocktails, Backspace offers a literary feast for the senses with the Grown-Up Grilled Cheese, Hemingway Cuban Sandwich, and Grandma’s Meatloaf with Housemade Chips.

Smack dab in the heart of the French Quarter, Backspace Bar pays homage to New Orleans wordslingers such as Faulkner, Twain, Tennessee Williams, and every infamous author whose clattering typewriters still echo. Come get well-oiled on witty repartee in the Vieux Carré! 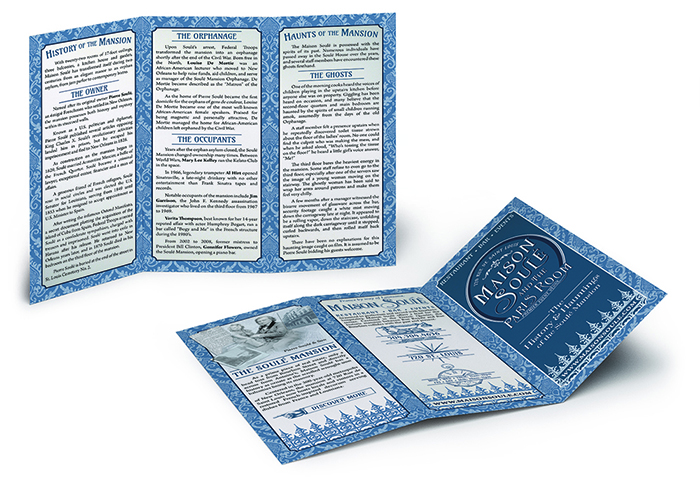 With twenty-two rooms of 17-foot ceilings, three balconies, a kitchen house and garden, Maison Soulé has transformed itself during two centuries from an elegant manor to an orphan asylum, from jazz parlor to contemporary bistro.
Named after its original owner Pierre Soulé, an émigré Frenchmen who settled in New Orleans, the mansion possesses both history and mystery within its stuccoed walls.

Known as a U.S. politician and diplomat, Pierre Soulé published several articles opposing King Charles X. Soulé’s revolutionary activities landed him in prison by order of the king, but he escaped his imprisonment and fled to New Orleans in 1828.

As construction on the mansion began in 1829, Soulé married Armentine Mercier, a belle of the French Quarter. Soulé became a criminal lawyer, exceptional orator, financier and a man of affairs. 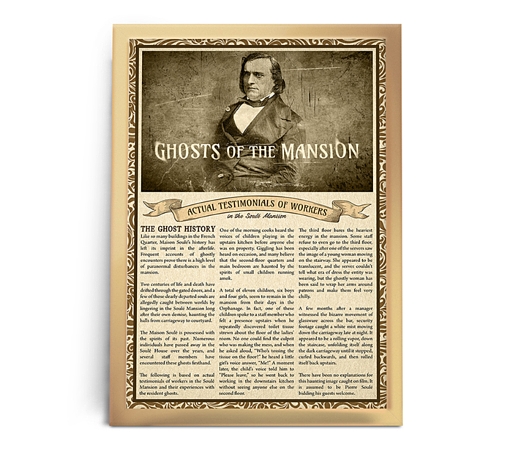 Like so many buildings in the French Quarter, Maison Soulé’s history has left its imprint in the afterlife. Frequent accounts of ghostly encounters prove there is a high level of paranormal disturbances in the mansion. Two centuries of life and death have drifted through the gated doors, and a few of those dearly departed souls are allegedly caught between worlds by lingering in the Soulé Mansion long after their own demise, haunting the halls from carriageway to courtyard.

The Maison Soulé is possessed with the spirits of its past. Numerous individuals have passed away in the Soulé House over the years, and several staff members have encountered these ghosts firsthand.

One of the morning cooks heard the voices of children playing in the upstairs kitchen before anyone else was on property. Giggling has been heard on occasion, and many believe that the second-floor quarters and main bedroom are haunted by the spirits of small children running amok. A total of eleven children, six boys and four girls, seem to remain in the mansion from their days in the Orphanage.

In fact, one of these children spoke to a staff member who felt a presence upstairs when he repeatedly discovered toilet tissue strewn about the floor of the ladies’ room. No one could find the culprit who was making the mess, and when he asked aloud, “Who’s tossing the tissue on the floor?” he heard a little girl’s voice answer, “Me!” A moment later, the child’s voice told him to “Please leave,” so he went back to working in the downstairs kitchen without seeing anyone else on the second floor. 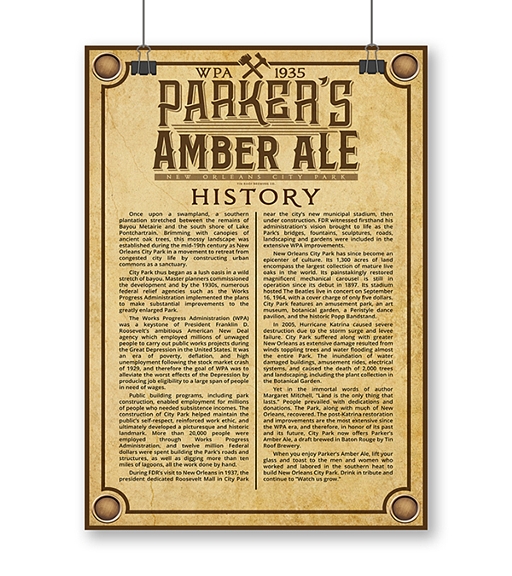 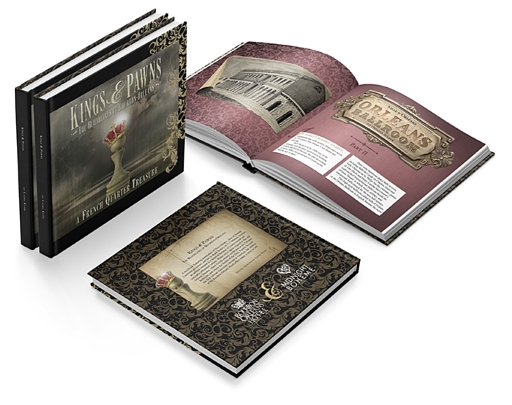 The Bloodlines of Bourbon Orleans

In the heart of Vieux Carré, when the French colony of La Nouvelle-Orléans was in its infancy, a broad avenue stretched itself in the center of town. This thoroughfare became the pulsating vein at the heart of town, and today Orleans Avenue continues to remain the threaded needle sewing the city into one wholehearted metropolis.

During a time rich in all poetic growths of population and customs, New Orleans obtained its picturesque features through a vibrant history of diversity, resilience, and romance. As a repository of cultures such as African, Native American, French, and Spanish, the anthropological mix became known as Creole, a term used in many culinary, linguistic, and architectural variations. The Creoles embodied the site of the original city, which is now known as the French Quarter, through a society that has crafted itself as the quintessential mistress of the old South.

At its center was a theatre district built in a semitropical landscape. The Orleans Theatre opened its doors in 1815 after many constructional delays. The French-provincial building rivaled in grandeur and luxury like the old theaters of Europe, but arson brought its glory to ash one year after its debut.

OF THE BOURBON ORLEANS HOTEL

In the days of the New World, when blank pages of the map were being filled, the French-founded city of Orléans was built on a bed of oyster shells. It is here at the Bourbon Orleans where America’s grandest ballroom opened in 1817 to host exquisite masquerades and elaborate celebrations for society’s elite. In 1881, the Orleans Ballroom was converted into a convent for the Sisters of the Holy Family who opened an orphanage and tended the sick during wars and epidemics. By the 1960’s, the order of nuns relocated, and the structure was expanded into a luxurious hotel now known as the Bourbon Orleans.

Through each century, time does not always sweep away the ashes like dust into the wind. Some memories linger in the nooks and crannies of this historic building, casting a provocative spell upon the pervasive corridors of the Bourbon Orleans where spirits haunt. The haunted history of the Orleans Ballroom, the convent, and the hotel stirs unsoundly with energy and emotion of souls wandering between life and death.​

The Ballroom Dancer: In rival of the grandeur and luxury of European culture, Theatre d’Orléans opened in the early 1800’s, showcasing grand opera to New Orleans. CONTINUE READING...

The Wounded Soldier: Before bugles and drums filled the ears of eager Confederates who left their plantations and farms to fight the Civil War, an antebellum age of chivalry and neoclassicism prospered in New Orleans.

The Lost Children: During the years of the St. Mary’s Academy and the orphanage founded by the Sisters of the Holy Family, many homeless children lived in the quaint rooms of the convent. CONTINUE READING... 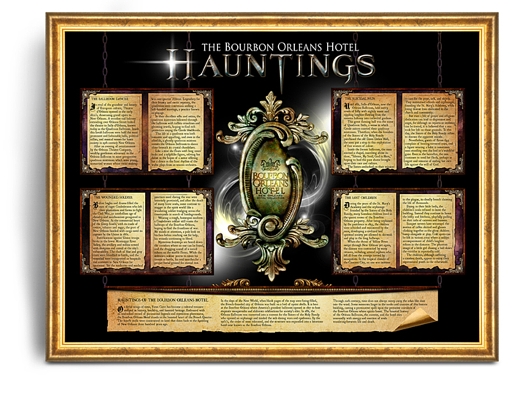 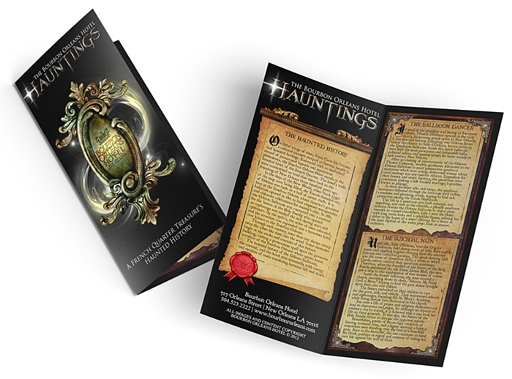 In the heart of a city
three hundred years old
The Bourbon Orleans
offers great tales to be told
of show folk and lost children,
soldiers and nuns,
All who still wander
when the night steals the sun.
They appear in the ballroom
and in the lobby downstairs,
they float through the corridors
like wind through your hair.
The spirits are friendly,
no ill-will do they mean,
as they bid you a warm welcome
to the Bourbon Orleans! 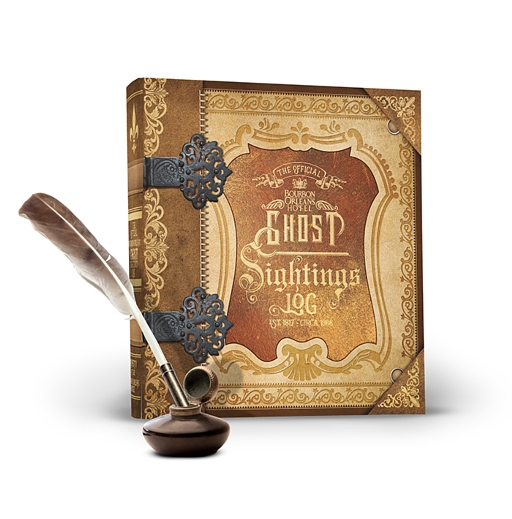 OF THE DAUPHINE ORLEANS HOTEL

Beneath New Orleans’ genteel façade of New Orleans lie the hidden spirits of her haunted past. The dark journey through the city’s history is marked by gravestones and ghost-sightings, for in this spirit-laden swampland, many souls still linger in the afterlife. 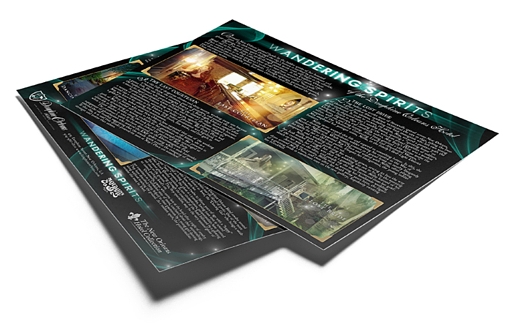 When the moon is high

in a starry sky

and the day is done.

We wish you rest,

so tuck in tight 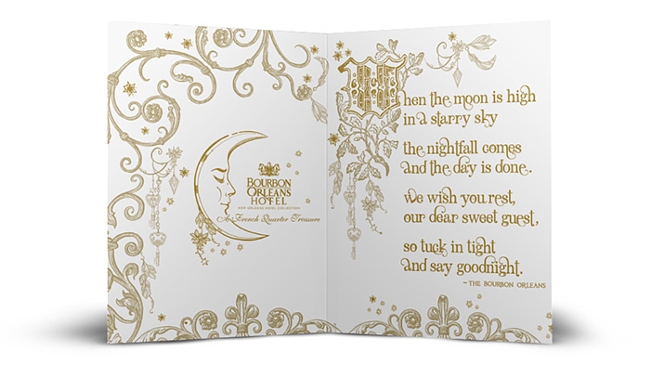 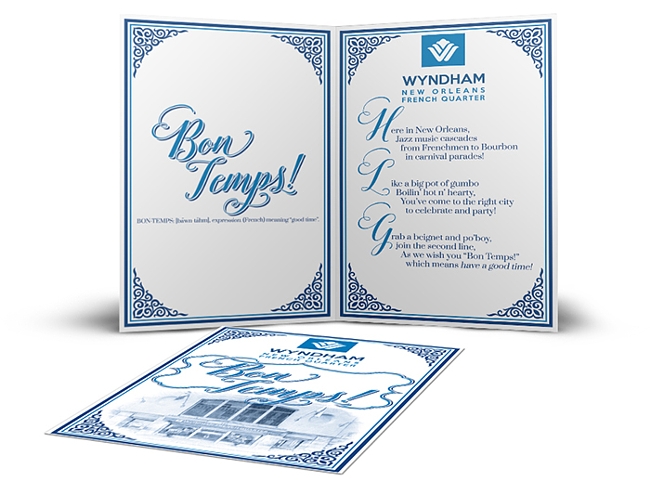 from Frenchmen to Bourbon

You've come to the right city

to celebrate and party!

Grab a beignet and po'boy,

As we wish you "Bon Temps!"

which means have a good time!